Tarron Dry, the Biodiversity Conservation Manager of the Overstrand Municipality said these sightings are not uncommon for this time of year.

“Cape fur seals are born between mid- November and late December. Their moms nurse them till August - September the next year (around 7- 8 months), as she has to prepare herself to take care of the next pup she's carrying and is due in November”.

Vaccination sites in the Overberg District for this week, 27 September - 1 October 2021 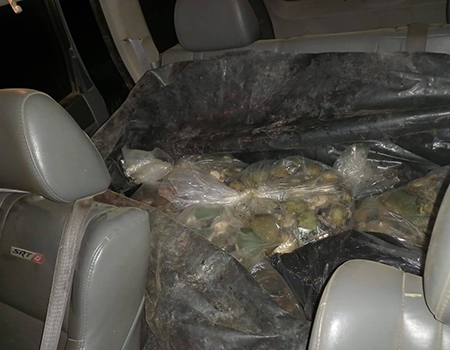 During crime prevention and road policing patrols on 23 September 2021, Overstrand Municipality share the following successes of the day:

The Two Oceans Aquarium has urged fishermen and beach walkers to be on the look out for any weak, floating, sad looking or stranded turtles along the Overstrand beaches.

According to the Turtle Stranding Network, stranding of bigger turtles is increasing again which is a pattern for this time of the year.

Large stranded turtles can seem dead but please give the Turtle Rescue Hotline a call on 083 300 1663 so they can double and triple check whether they are alive or not.