Overstrand and its Wards

The municipal area of Overstrand covers a surface of almost 1708 square kilometres. The area has a permanent population of 90 000.  The municipality has its head office in Hermanus, but municipal services are delivered on a decentralised basis from offices in Gansbaai, Stanford, Hermanus and Kleinmond. The area is divided into three administrations: Hangklip-Kleinmond, Greater Hermanus and Gansbaai/Stanford.

The area is demarcated into Fourteen wards, each with a directly elected councillor. These councillors are assisted by a ward committee of ten members. Ward committee members are elected democratically. Ward committees play an important role in the drafting and reviewing of the Integrated Development Plan and the identification of budget needs. 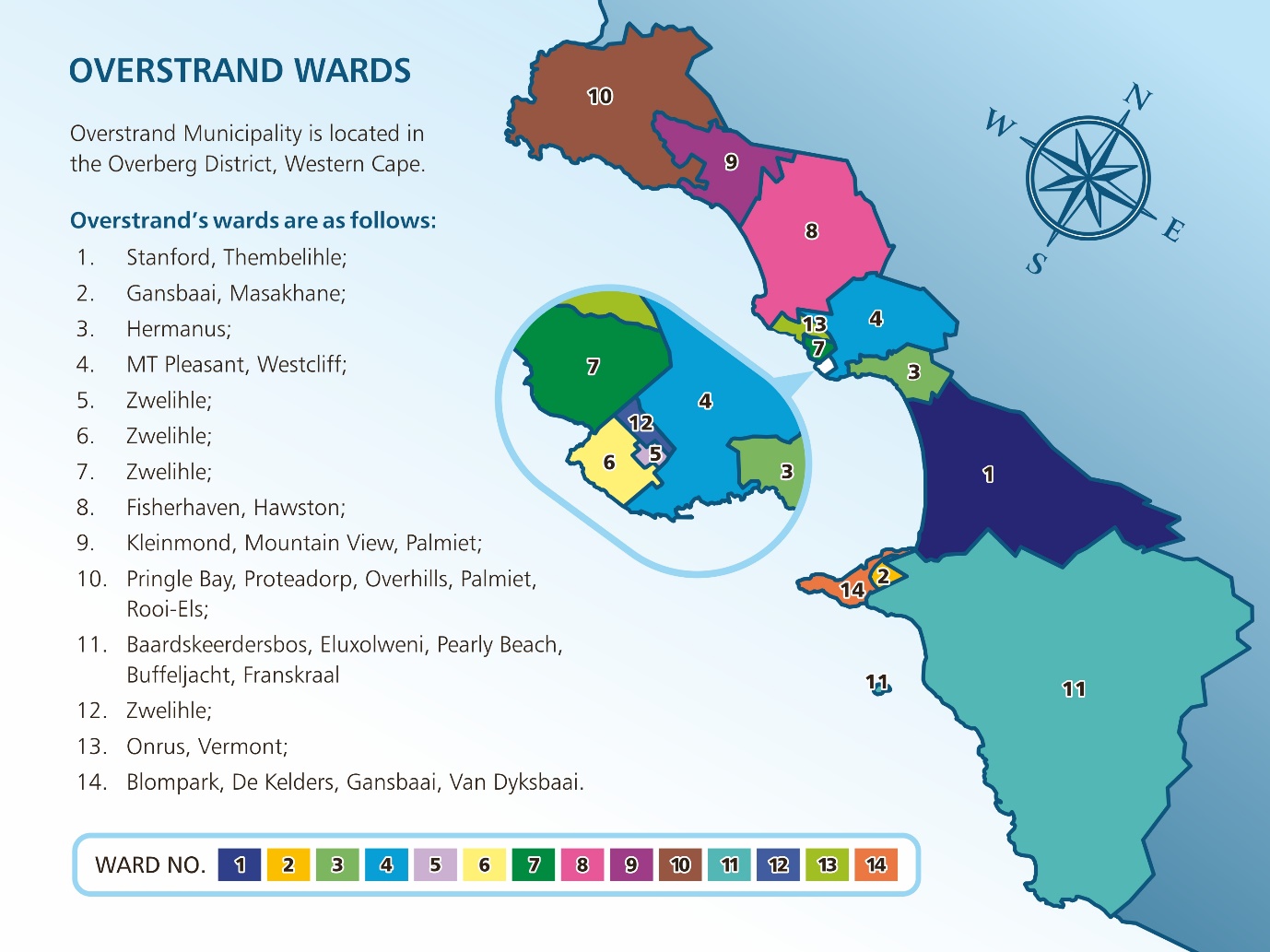 Thirteen of the twenty-seven councillors represent political parties on a proportional basis. This means that residents of Overstrand can also use political channels to bring matters to Council's attention. Council has a speaker who presides at meetings of the council; the speaker also exercises the powers delegated in terms of section 59 of the Local Government; Municipal Systems Act, 2000 (Act No. 32 of 2000). Six political parties are represented: the Democratic Alliance (16), the African National Congress (5) , the EFF (1), Land party (2), Freedom front Plus (2) and ACDP (1)