Overstrand Municipality welcomed the South African Defence Force (SADF) officer cadet corps to its shores, today, 3 December 2021, at the old harbour. Attending the ceremony were the Deputy Executive Mayor, Cllr Lindile Ntsabo, MAYCO member for Community Services, and Cllr Ronald Nutt, who both accompanied the students to visit the community of Mount Pleasant.

Members of the group identified a soup kitchen in Mount Pleasant and donated food parcels as part of their contribution the community.

The SADF host this event annually at the end of each academic year.  The students of the Military Academy at Saldanha embark on an endurance journey not only to raise funds for Stellenbosch University's community service organization, but also to acquire the skills in pursuit of their careers as professional soldiers of the SA National Army.

During Exercise Trans Enduro, the name under which the project is carried out, the students in teams of cyclists and rubber boaters must complete the journey within ten days from Port Elizabeth to Saldanha Bay, while at the same time liaising with municipalities, raising money and doing community work. The students also provide their own medical coverage, communication and logistical support. 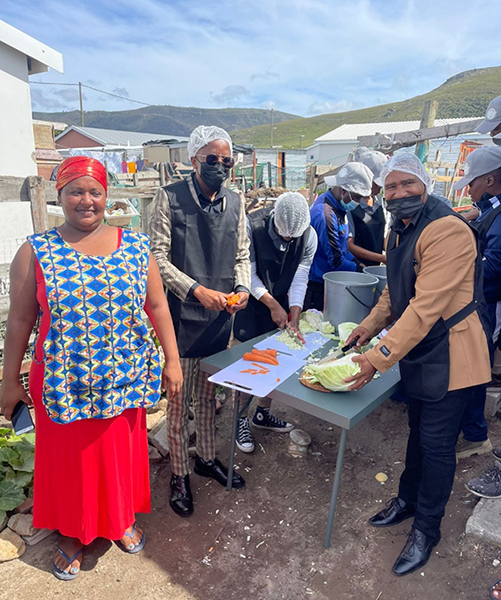