Fernkloof, Kleinmond and Rooiels Nature Reserves, no longer allow plastic balloons on to its premises and picnic spots.

The decision was made to protect the wildlife and environment after more and more visitors used balloons in the reserves to celebrate special occasions such as birthday parties, weddings and baby showers.

While balloons may add fun to a celebration, they've also become known for wreaking havoc on the birds and animals. As the saying goes, what goes up must come down. And when balloons come down, they don't find their way into a nearby rubbish bin.  They easily drift away across the ocean.

As mentioned, balloons cause problems for our wildlife. One such problem is that birds, turtles and other wildlife can mistake balloons for food, which can cause injuries or even kill the animals.  Balloon strings, too, can cause devastating injuries to wildlife when they become stuck or entangled in them, much like fishing lines.

Mylar balloons (often referred to as ‘foil’ balloons) are not biodegradable and should never be released into the air. Like latex balloons, they not only cause injuries to wildlife, but they pose a further problem causing power outages.

Because Mylar balloons are covered in a thin foil, they cause an electrical surge that causes a short circuit resulting in a power outage when they make contact with a power line or other electrical equipment at a substation.

Do you need another reason to skip the balloons for your next party? Consider that the gas – helium - which makes them fly or float is a finite resource that isn't renewable. In fact, helium is the only element on Earth that is completely non-renewable.

The problem is that making balloons fly, is just one of many uses for helium - and by far the least important one. Helium has many more important uses. It has several applications in the medical field, including being used in magnetic resonance imaging, or MRI, and for some surgical procedures and treating some lung conditions. Because of its cooling properties, helium is also used in the operation of superconductors. And it's used in car airbags and also in weather balloons.

There are more sustainable alternatives if you're looking for a way to commemorate an occasion or celebrate a loved one. 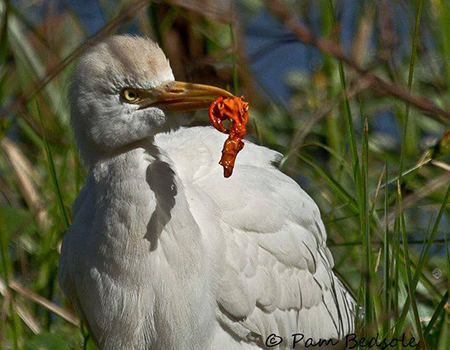 The Overstrand Municipality’s Environmental Management Section under whose management the above mentioned nature reserves falls, calls on the general public to please adhere to the rules. If you see people with balloons in our nature reserves, contact the 24-hour control room on 028 3138111 or 24-hour safety and security on 028 313 8980 who will notify the duty ranger.