At the Council meeting held on the, 23 September 2014, the Executive Mayor Nicolette Botha-Guthrie shocked everyone when she announced resignations of two members of the Executive Mayoral Committee, Alderman Pieter Scholtz and Cllr Ben Solomon.

Mayor announced that Cllr Ben Solomon resigned as Ward Councillor of Ward 7 on 17 September 2014.  She reported that former Councillor Solomon served as Councillor since 2006 and was the Chairman of the Portfolio Committee of Finance and Local Economic Development for several years.

Mayor thanked Ben in his absence for the dedicated way in which he represented his ward and for his contribution as far as the finances of the Municipality was concerned and wished him and his wife a pleasant retirement.

Following that the Mayor announced that the Deputy Executive Mayor, Alderman Pieter Scholtz, had also tendered his resignation as Councillor for Ward 2 with the Municipal Manager on 22 September 2014 and will vacate his seat on 30 September 2014. 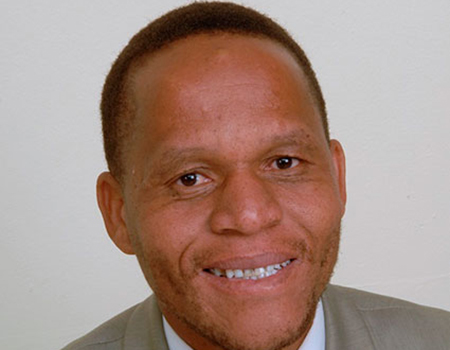 Mzameni Mshenxiswa, Ward 5 councillor died shortly after been diagnosed with liver cancer on the 19 September 2014. Mzameni was born 1975 in the Easter Cape at Elliotsdale and was an ANC member. Mzameni joined Overstrand Municipality in 2011 and served as a Ward 5 councillor and was a portfolio member of finance and Economic Development.

Mshenxiswa’s involvement in Zwelihle community structures started since 2006 he served in structures such as Treatment Act Campaign (TAC) Siyazama Service centre for elderly, Zwelihle Health Forum Campaign. In 2012 councillor was offered an opportunity by the municipality to study at higher institution, he then enrolled with the University of the Western Cape for an Advance Diploma in Administration and graduated in 2013.

Mshenxiswa was one of the vocal councillors in Council meetings. He will missed by many. He is survives his wife Siziwe Mshenxiswa Overstrand municipal employee, three children Sihle , Bonga, Gugu and Liyema and one grandchild Lutho.

A memorial service to remember him will take place tomorrow Wednesday, 24 September at Zwelihle community Hall at 14:00.

He will be laid to rest in the Eastern Cape on the 5th October 2014.

Mayor Nicolette Botha-Guthrie congratulated achievers of excellence at an event held on Tuesday, 26 August 2014. Awards presented included: The Mayoral Trophy for Environmental Conservation, the Woman/Women of the Year and those for Achievers of Excellence.

These awards are presented to individuals and organisations whose efforts make a difference in their communities and to the Environment around us.

The event was attended by councillors, recipients of awards, municipal officials and members of the public.

Winners in the different categories are as listed below:

WOMAN/WOMEN OF THE YEAR AWARD

WINNER
Ena Geldenhuys is the Home Based Care Nursing Co-ordinator in Gansbaai and is nominated for the love for her patients.  She transports sick patients at own cost to the clinic and Hermanus Hospital, provides food where necessary so that patients do not take medication on an empty stomach and visits cancer patients over weekends and after hours to monitor and replace drips.  She also arranges functions to entertain the elderly and less privileged children and to raise funds.  She makes a tremendous (difference in the area she works in. 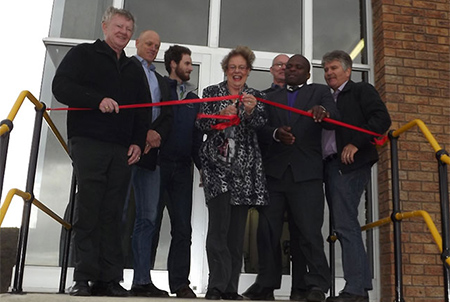 With the commissioning of the new Preekstoel bio-filtration plant on Tuesday 19 August 2014, the Greater Hermanus bulk water supply system is now fully operational. Work on this project commenced in 2010, with new plant and infrastructure being commissioned in stages from early 2013 onwards.

Referred to by Mayor Nicolette Botha-Guthrie as Overstrand’s “flagship capital works project”, the Preekstoel bio-filtration plant is the first full-scale plant of its kind in South Africa and has been specifically designed to remove the high iron and manganese content from groundwater by means of a natural process.

Generally acknowledged as being much more environmentally friendly, this type of water-treatment technology requires fewer chemicals, saves on electricity and reduces water loss in the treatment process, earning Overstrand an award for innovation as one of the Western Cape’s greenest municipalities in 2013.

On Wednesday, 20 August 2014, Executive Mayor Nicolette Botha-Guthrie congratulated six young men who had completed a 3 month course at Chrysalis Academy in Cape Town. The course was arranged by the Department of Community and Safety, together with Overstrand Municipality and the SAPS. The Director: Protection Services, Mr Neville Michaels, and Mr Zingani Tshefu of Law Enforcement, were the driving force behind the initiative in our area.

These dynamic young men came back ready to showcase the skills they obtained to the people of the Overstrand. They will rotate in the Directorate of Protection Services of the Municipality for the duration of 9 months.

Talking to the group, Mayor Nicolette Botha-Guthrie expressed her appreciation to these young people who are motivated for a challenge and change in the area. These young men were identified to take part in this life changing training to plough their newfound knowledge back in their respective areas.